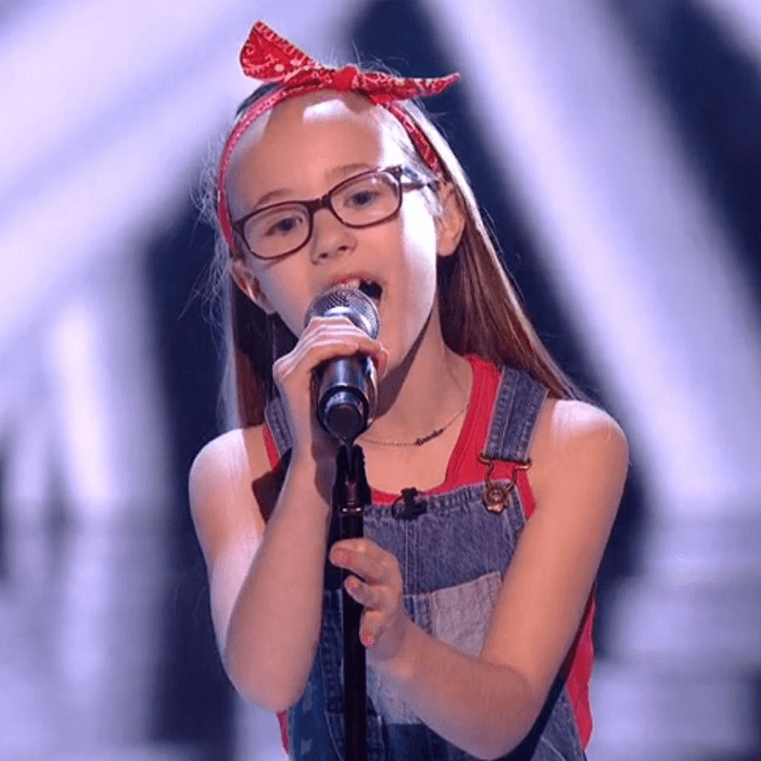 11-year-old Brooke Burke has an explosive and energetic stage presence way beyond her years. Triple threat Brooke, loves to sing, dance and act.

She is probably best known for reaching the ITV’s Voice Kids UK Semi Finals in 2018 on team Danny however she has a whole host of other significant achievements to her name.

In 2017 she won TeenStar UK, came 3rd in the U16’s of Open Mic UK in the same year and in 2019 Brooke won The Breakthrough UK where she performed at Dingwall’s in Camden. She also achieved International exposure when she won an online singing competition during lockdown called Frankie’s Idol Junior.

In 2018 Brooke was cast on the RSC UK and Ireland Tour of the hit Musical Matilda where she played the role of Lavender who is Matilda’s best friend.

Over the last few years Brooke has been working really hard on her own music. She has written a number of songs working with producers and songwriters in London and is soon to be releasing her first original song.