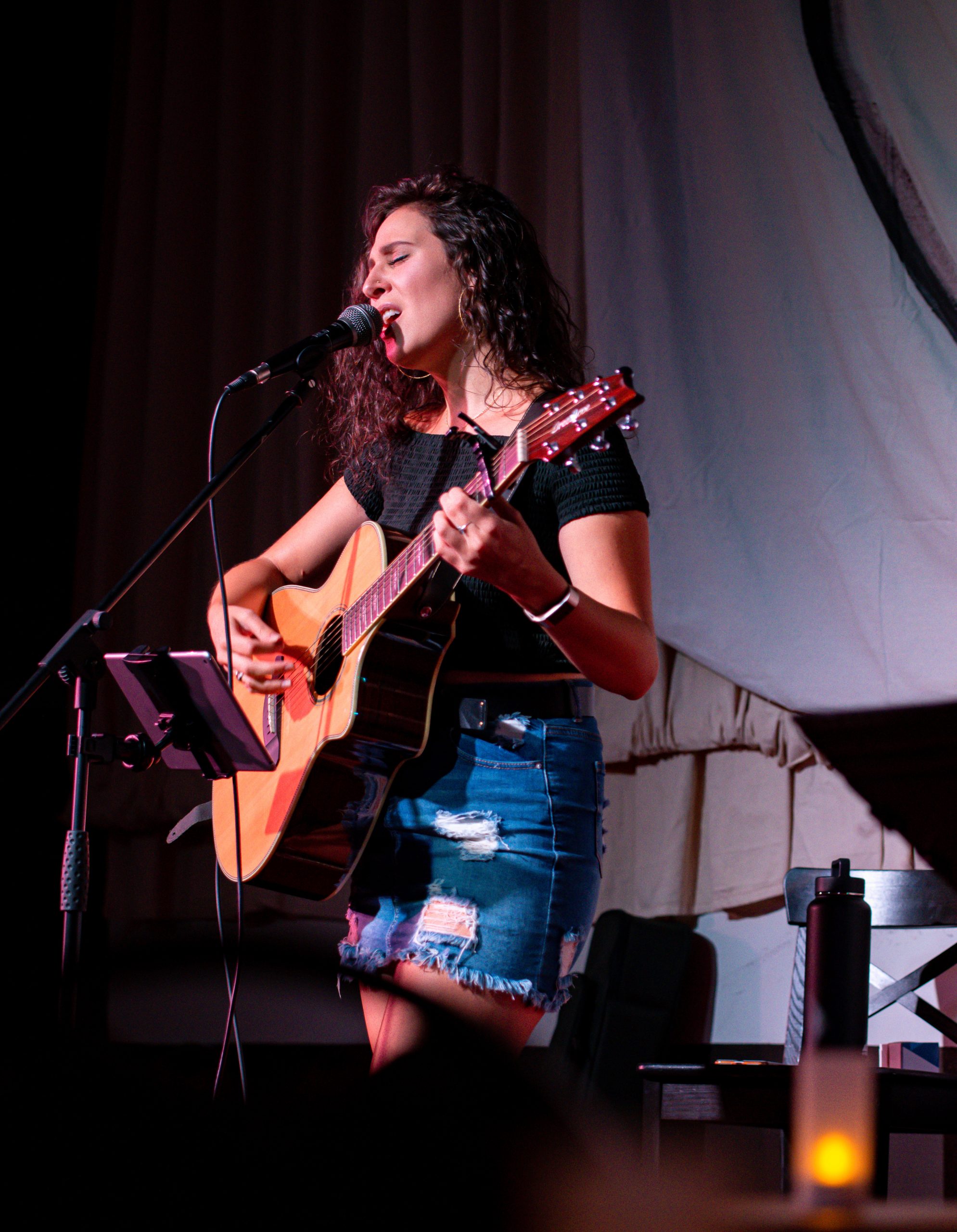 She has always had a great passion for music, finding comfort in singing and writing. Her voice has been described as beautiful, effortless, and full of emotion. Inspirations include artists like Sara Bareilles, Carole King, and Taylor Swift. Music has always been, and will always be Dani’s form of therapy. Being diagnosed with clinical anxiety since early childhood has made everyday a challenge, but her strength and her courage has always sprung from music. Singing since pre-k and writing since her “dear diary” days back in elementary school, Dani has constantly continued to work on her craft.

In 2014, Dani was gifted her first guitar on her 17th birthday by her parents and thus began her songwriting. By 2017, Dani recorded her first 5 original songs with Grammy winning music producer Tony Black. In 2020, Dani released her next original tune, “For Me” recorded by up and coming producer Julien Renvoise. For 2021, she has released a feat. track with rapper artist Blindeyez, “Bad Light” and will be releasing her newest single “Rabbit Hole” on July 2nd (Official Music Video for “Rabbit Hole” out now!) -> https://linktr.ee/danizanonimusic

Dani attended and received a degree from Ramapo College of New Jersey in Music Industry and Performance. While at Ramapo, she had the incredible opportunity of interning at Fearless Records in NYC in the Digital Marketing Department, had her song “Got Me” added to Vol. 2 of Ramix Recordings (the school’s record label), and had the honor of singing the National Anthem for her graduating class at The Prudential Center.

Currently, she is teaching voice lessons at North Jersey Guitar and is pursuing her career as a singer/songwriter. Dani is also continuing to pursue her interests in digital marketing, doing freelance work alongside her passion for performing and writing her original music.

As a songwriter, Dani just wants to be able to share with the world hers and others stories through her music. She wants her lyrics to evoke emotion for those listening. Dani writes to be real, relatable and meaningful. “My songs represent those inner feelings that are not always the easiest to express.” By using optimism and empowerment in her writing, she hopes to touch and inspire the lives of people through her music, just as it does for her.