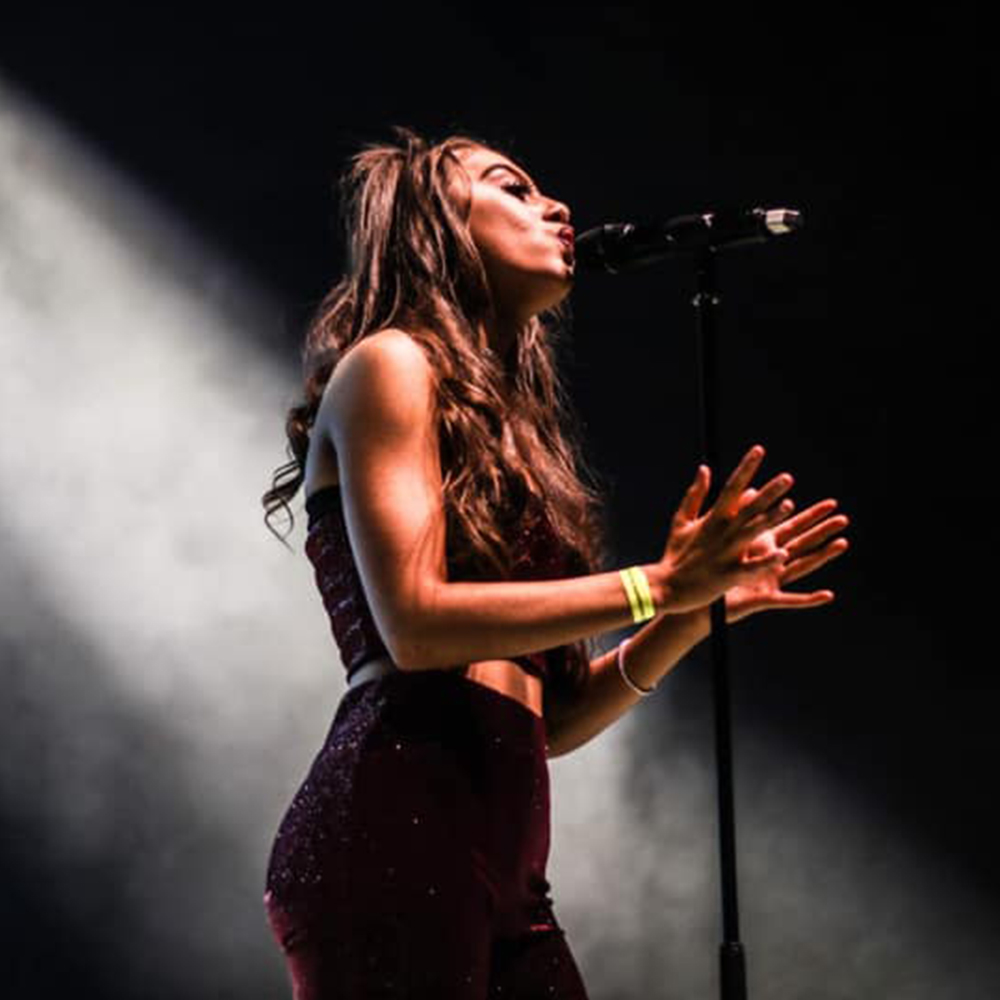 After many years of performing across the North East, at only 13 years old Jessie Dale’s music career was well & truly launched when she hit our TV screens on ITV’s The Voice Kids UK, where she reached the battle rounds as part of Danny Jones team in 2018.

Jessie’s striking image combined with her distinctive rich vocal tone edges her forward with her own unique style & maturity way beyond her years.

At only 15, Jessie has a vast amount of stage experience to her name, performing to crowds of1000s at Festivals such as Sunderland Pride, Megamix, Party at Hawhill Park, Northumberland Live Bedlington, Tall Ships Sunderland, participating in Nationwide Talent.

During 2018 Jessie had her very first headline show and was crowned the winner of Unstoppable UK talent competition, which secured her a slot of a lifetime supporting North East singer, Channy performing at Newcastle Arena at The Unstoppable Concert and went under management with the Unstoppable Team.

Her commitment, drive & passion for her music continues to grow & with original music in progress Jessie Dale is going to be one to watch!