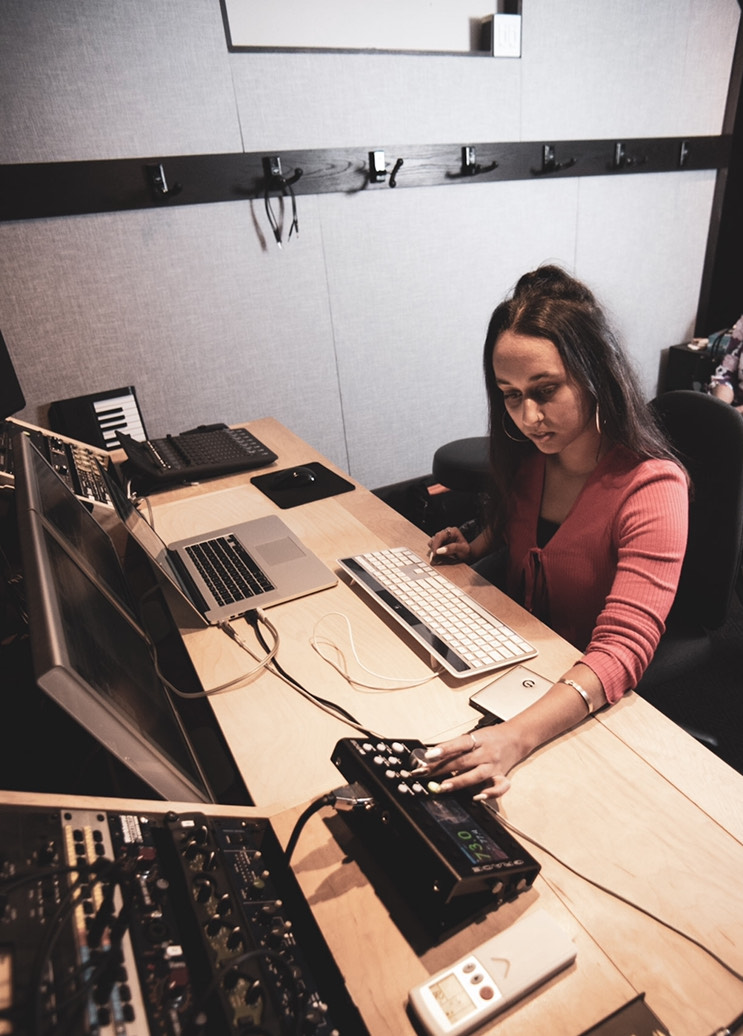 Ramneek Bhoday is a 23 year old Indian-Canadian born and raised in Toronto, Ontario. Since the age of 5, she has been singing various styles of music such as classical, jazz and pop music.

Ramneek has taken part in several competitions across Toronto including Mississauga’s Singfest, where she was scouted by music producer Roy Hamilton III. During the COVID-19 pandemic, Roy introduced Ramneek to Julie who has been exceptionally outstanding in developing her vocal abilities online via Zoom.

Recently, Ramneek has started creating and developing her own music with Roy and coaching from Julie. She is working on a unique musical sound infusing both her Punjabi and Western roots.

It’s a very exciting time as she begins to share her music with the world!