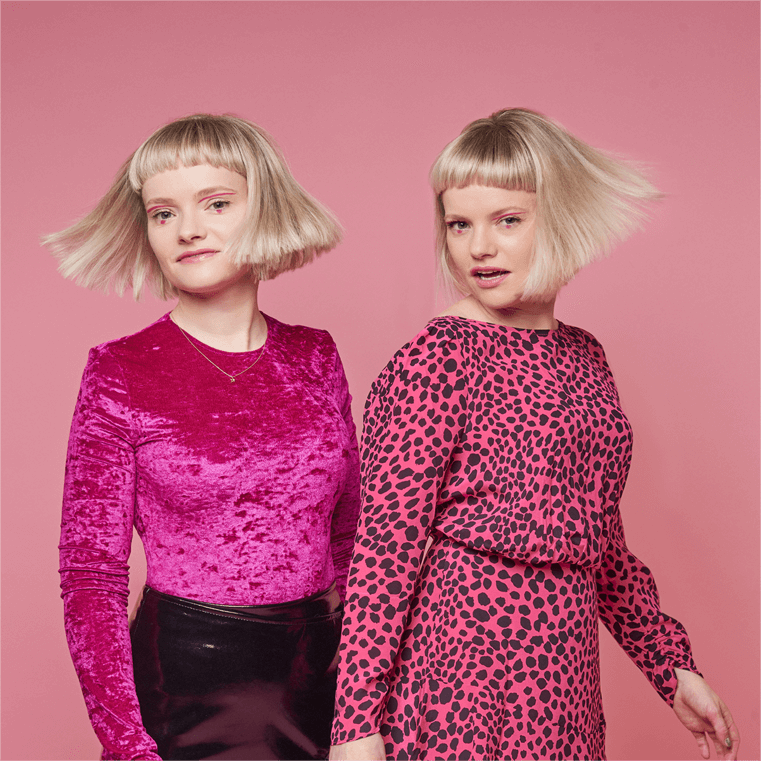 Talk Like Tigers are a rising evocative indie-pop band from the North East of England and their new single, Annabel’s Calling is out now.

The duo are twin sisters, Charlotte and Stephanie, whose vocals and seamless, velvet harmonies have been recorded by Sony and have taken them around the world as professional touring musicians. Their travels influence their music and inspire their songwriting.

Their sound is a dreamy alternative pop in which inventive lyrics paint vivid images, and their powerful vocals weave together to create a visceral other worldliness. Mixing acoustic instruments with synths, their soundscapes are glittered with quirky rhythms and infectious hooks.

Talk Like Tigers’ live performances pop with vocal harmonies as they switch between synths, guitar, drum pads and vocal effects. They charm the audience as they bring a new dimension to their recordings.

After attracting the attention of BBC Music, Talk Like Tigers recorded a live BBC Introducing session, have been played on BBC Radio 1 by Huw Stephens and had their debut single premiere on BBC Radio 6 Music. They have played live alongside Pale Waves, Polo, Friendly Fires and The Lake Poets. Talk Like Tigers have played festivals including Glastonbury, Evolution Emerging and Lindisfarne Festival, as well as renowned venues such as the O2 Academy Newcastle and Sage Gateshead. They have recently performed a sold out BBC Introducing show at the Sage, alongside Another Sky and were due to play the Laundry Meadows Stage at Standon Calling Festival this year.

In 2021 Talk Like Tigers will embark on a support tour performing at venues including Shepherd’s Bush Empire!