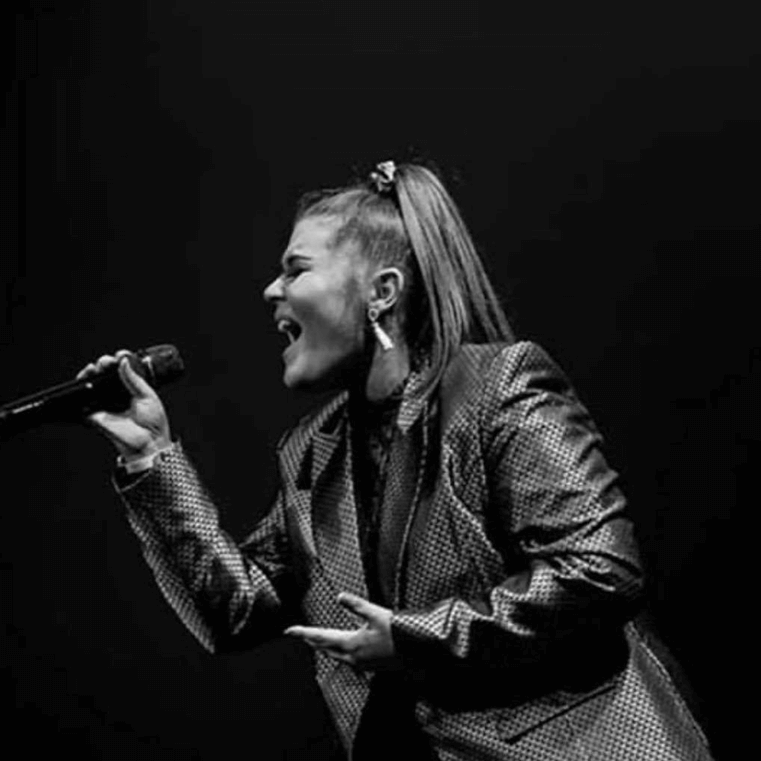 Teah McCafferty has always turned heads with her powerhouse of a voice & has actively sought as many platforms as possible to showcase it.

In February 2020 at the O2 London, she was crowned winner of the National TeenStar Competition, the prize being a fully produced album of her own original songs.
Teah had entered the same competition every year since she was 8 and always made it through to the semi-finals. Keen to develop, she took on board every piece of judges feedback and acted on it.

Teah started singing at the tender age of 3 when it was noticed by her nursery school that she could sing and was invited to sing for the Cambuslang (Glasgow) Lord Provest, she sang Somewhere over the Rainbow at the age of 4.

She continued honing her craft within stage schools, music schools and performed in many shows in Glasgow.

Showing a real flare for harmonies, she got together with 2 other young singers to form a trio “LOXIE”. The girls achieved many successes including being support act for “The Three Degrees” and also backing singers various artists.

In 2017 Teah moved to Durham and became a student with Julie Miles at Vocal Ovation and continued her music journey with a fresh motivation.

Although Teah still performs with Loxie up in Scotland she is now pursuing her with solo career, performing regularly in the North East. It was there she was spotted by Britain’s Got Talent Finalist, Jamie Lee Harrison, who now regularly calls upon her as one of his backing singers when he plays live events.

Currently Teah is travelling down to River Studios in Southampton recording her first original songs and will be releasing her hotly anticipated first single in November.