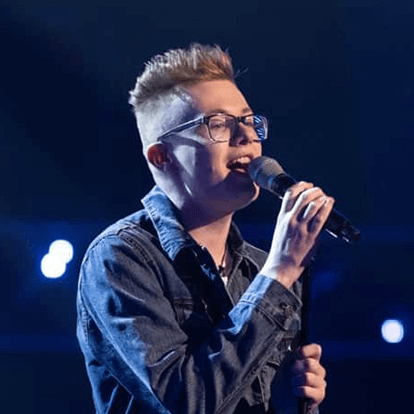 Originating from Billingham in the North East of England, Ty Lewis is a 19-year-old musical artist, skilled in both guitar and keyboard, along with a new-found talent in music production. His ability to create a signature twist on every song, mixed with his witty personality, enables him to captivate any audience.

Defining his craft from a young age, Ty has developed his own style of sound that is recognisable, combining his love for R&B and soul, and artists such as Khalid, Tori Kelly and H.E.R., with a more well-known contemporary pop vibe.

After reaching the quarter finals of The Voice UK 2020 on Team Olly, Ty has a wide collection of performance experiences under his belt. His highlights include playing the renowned Newcastle Arena in 2018, along with performing at O2 Academy Newcastle’s Main Stage, playing to thousands at Party in the Park festival at Flamingo Land, and supporting acts such as Scouting for Girls, Britain’s Got Talent finalist Jamie Lee Harrison, and soul legend Alexander O’Neal. His achievements include coming runner up in his age category at the Open Mic UK 2018 Grand Final after a show-stopping performance at London’s O2 Arena, among many others.

Ty strives to follow his dreams in the future, and doesn’t show signs of stopping. He is beginning to delve into the realm of songwriting, whilst preparing to continue his journey performing up and down the country.